FOX’s Empire, the hip-hop drama, starring Terrence Howard and Taraji P. Henson gets off to a great start. Premiering as Fox’s highest rated since 2012, Empire beat out ABC’s Modern Family, despite going head-to-head, while also growing 19% from its initial American Idol lead-in. V. Bozeman opens the shows in a studio session with Lucious Lyon (Terrence Howard), where Lyon pushes her to be more passionate and brings out the sound he needs. With a strong start, Empire could see numbers grow again next week, as the drama continues to build. Be sure to catch Empire, Wednesdays at 9pm EST/8C. Also available on Hulu and Hulu Plus. 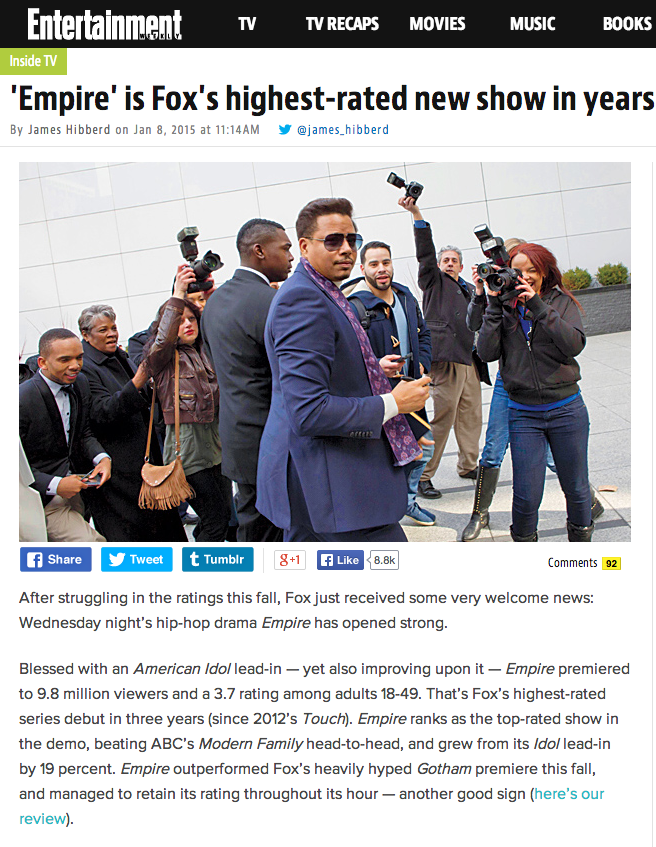 The prelim ratings for @EmpireFOX are in — it opened with a 3.7/10 rating and 9.8 million viewers! #empire