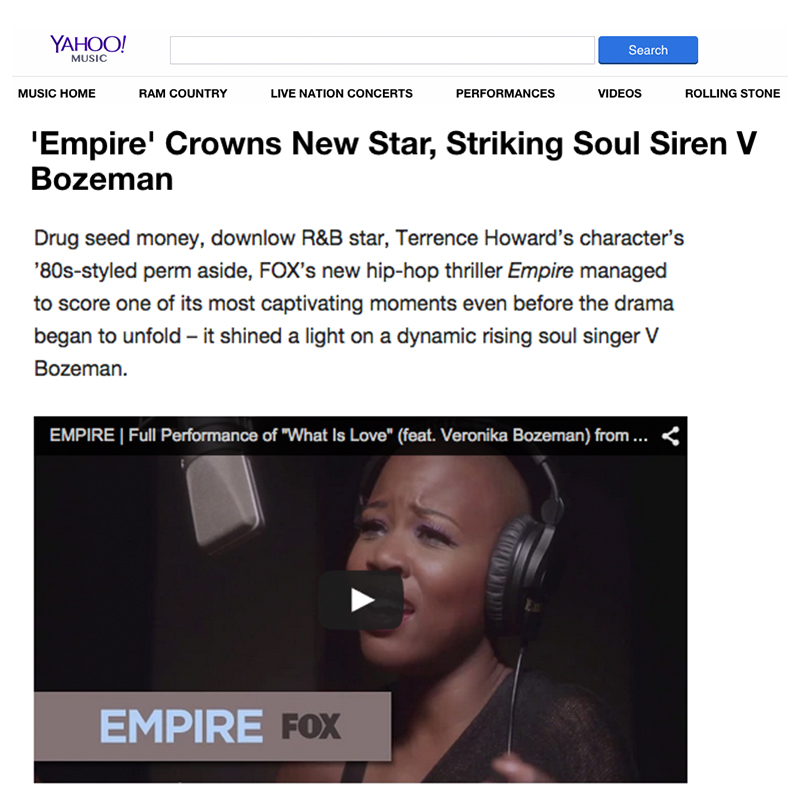 Yahoo Music names V. Bozeman a striking, soulful siren, due to her performance in FOX’s new thriller, Empire. Opening the premiere episode with one of its most captivating moments, singing ‘What Is Love’ as Terrance Howard and other record execs watch on in awe. Wednesday before the 2nd episode, Bozeman released a visual to accompany the song. Watch Below.

Bozeman is signed to Timberland’s Mosley Music Group. Timberland spoke to MTV about V. in an interview.

“What excites me about V is that she is excitement,” he told MTV. “There’s nobody that you heard of with a tone like her in years. She is a diamond that’s been sitting there, and good ol’ Timbo discovered it. She’s my diamond. And she’s the best vocalist, to me, I’ve seen in years – meaning singing songs that touch your soul. She’s amazing. She’s groundbreaking.”

Bozeman will appear on Timbaland’s forthcoming Opera Noir album. With her solo set, Music Is My Boyfriend following soon after.