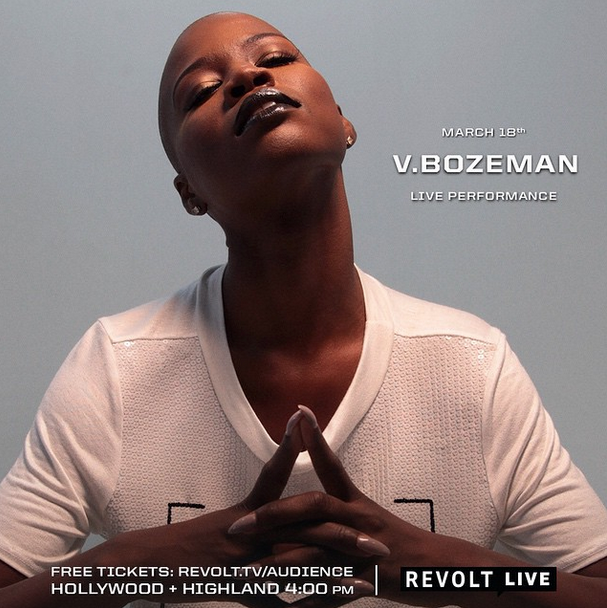 Today, V. Bozeman will be at Revolt TV to perform in front of a live audience. The show starts just hours before the season finale of FOX’s hit show ‘Empire’. Bozeman has been a reoccurring character on the show, making headlines since the series premiere. Be sure not to miss Bozeman today on Revolt TV at 4pm ET and on the season finale of  ‘Empire’ tonight at 8pm ET on FOX.