We don’t know much about Life in Sweatpants (L.I.S.) yet, but their debut track “Girls” is fantastic. It’s a summery and sparkling slice of edgy pop music, a mix of jagged electronic production and crystalline vocals, and that hook is gold. L.I.S. are the latest addition to the 20XX label, and they gave us this somewhat ambiguous statement on the creation of the song.

“uhmmm…backstory is pretty boring…our first thought was: no comment.. but we argued over whether or not that makes us sound like assholes (which we’re not, promise)… so we thought maybe something along the lines of —–> does anyone really know where this music stuff comes from? in reality, you’re sitting at a computer fidgeting in Logic and sound comes out of the monitors (in this case a synth bass) that inspires a girl sitting on the floor behind you, who starts humming something and ta-da you’ve created music… thankfully we’re beyond the days of having to spend countless hours learning how to play instruments – quantize and loop that shit, set the flex pitch @ 80% and then sit back and pray that someone enjoys listening to it as much as you enjoyed creating it…”

So it’s pretty safe to say Hilly Dilly’s label 20XX knows what’s up. All of their releases so far with courtship, Isaac Lee, joan, Alayna, and Semi-Attractive Boy have garnered much deserved attention, and their newest artist Life In Sweatpants is another bright addition to their super well-curated family.

“Girls” is their debut single and it’s a pretty glorious introduction to what they’re all about – thrivin’, vibin’, takin’ their sweet time, and doing what they wanna do between some wobbly synth bass and wiggly guitars. I’m not going to go for the low-hanging fruit here and say something like “it’s the new soundtrack to your summer,” as it’s obviously going to flourish under the cloudless skies of the next few months, but I will admit I played this with an ice cream cone in hand on a hot day today and I don’t think my senses could have been more content for those three and a half minutes. Give it a spin and bask in it.

Also, the name: Life In Sweatpants. A mantra? A lifestyle? A goal? Any way you slice it, nobody is going to be opposed to 24/7 carefree comfort. A+. 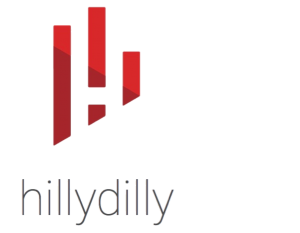 “Acuras” is the second release from mysterious act Life In Sweatpants, who released their debut, “Girls”, on 20XX last year. With it, they are proving again why they’re worth every bit of your time, and their gritty production, dreamy deliveries, and stellar writing make for an indie-alternative gem.