Congratulations to Izzy Bizu on being nominated for a BRIT’s Critics’ Choice Award.

Twenty-one-year-old Izzy Bizu has been on track for this kind of nomination for the past couple of years. The South Londoner first pricked the attentive ears of Emeli Sandé and producer Naughty Boy during an open mic night in 2013.

Within months, her self-released EP Coolbeanz debuted at number three on the iTunes RnB chart and she had supported her Critics Choice predecessor, Sam Smith, on his tour. She’s already brought her infectious blend of soul, pop and RnB – think Solange meets Ella Fitzgerald and Florence Welch, whose records sound tracked her childhood – to Glastonbury twice. She is set to release an album next year. 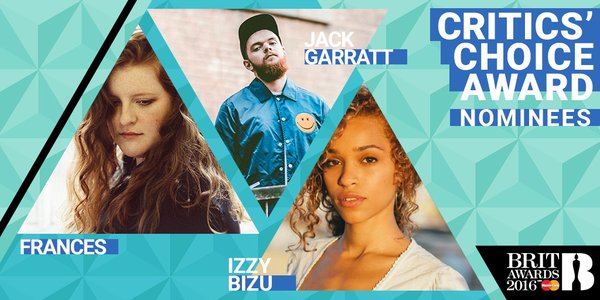