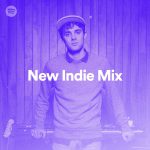 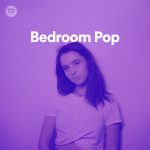 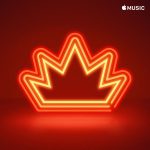 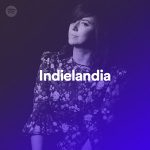 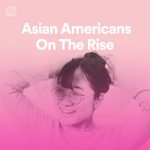 There are two Hana Vus.

First there’s the cynical Hana. Now 19 years old, she lives in Echo Park. This Hana is worried those months in 2018 she spent on a whirlwind record cycle off her striking first EP How Many Times Have You Driven By might have been bullshit. This Hana is almost too smart for her own good. Her Los Angeles upbringing means she knows—more so than most—that fame and fortune are a faustian albatross.

Then there’s the optimist Hana, who has spent the past five years chasing that dream anyway. This is the Hana that began songwriting at 13 and kept at it until she made that dream a reality with a record deal last year. Despite coming up as a DIY songwriter, the optimist Hana still loves the idea of the old-school manufactured pop sensation. She spends much of her free time binging A-list actress roundtables and mainlining pop culture content, with that fascination ultimately breeding inspiration in the form of her forthcoming double EP, aptly titled Nicole Kidman / Anne Hathaway.

“Absorbing the way these women dissect their craft and how they see themselves as artists influenced these songs,” Vu says. “I’m super interested in the big-break mentality: we idolize these celebrities, but I’ve always been trying to understand what they were like before they were famous. All of a sudden they get their big break—and now they’re fine, and great forever, and they’re legends. I had that idealization about the entertainment industry. These actresses were like, inspiration, slash aspiration, slash delusion.”

Nicole Kidman/ Anne Hathaway—still as self-produced as the first songs she crafted as a teenager, but now with an engineer to help with mixing—are the sophisticated next level in Vu’s evolution as an artist. They’re two masterfully crafted and complementary releases that showcase incredible sonic maturity for someone who only just moved out of the house she grew up in and graduated high school. They’re the sound of a jaded dreamer who has turned down admission to a prestigious east-coast college to, at long last, make music full-time. They’re the sound of Vu deftly threading together the two sides of herself to become one rising powerhouse artist.

Songs like “At the Party,” which infuses her velvety Lana Del Rey-esque melancholy with an intoxicating disco beat, are still underpinned by that acerbic-yet-vulnerable cognitive dissonance that won over fans from Willow Smith and Soccer Mommy to Pitchfork and the Fader, and got her invited on tour supporting Kilo Kish and Wet. But now they’re more focused, more polished—not to mention catchier. On the dreamy “Fighter,” she maintains her wry, L.A. noir bittersweetness as she confesses starry-eyed ambitions, injecting a refreshingly earnest desire into the simmering existential crisis that has come to be associated with artists of her generation.

“I think these songs just reaffirm what I already know and feel about myself—they’re exaggerations and idealizations of how I see myself,” she says. “I don’t want to be a part of the lump sum of preconceived ideas about what ‘young people music’ sounds like.”

With these EPs, she accepts that both Hana Vus—the one who doesn’t see the point of trying, and the one who can’t help writing a song about that feeling, and in doing so tries anyway—can be true at the same time.

“I’ve come to realize that the reason I makemusic is because it is inherent to me—I need to write in order to process my existence—but the reason I releasemusic is completely separate: I just want attention,” she jokes. “I know from living here that I’m never going to stop wanting more.”

Best New Artists of 2018 (So Far)
From the breezy self-determination ode “Cool” to the scene-of-the-crime heartbreak anthem “Crying on the Subway” to the unflinching “Queen of High School,” Hana Vu is a songwriter with a knack for capturing mood and setting in a way that truly puts you in her shoes. That she self-produces her work only makes it more inimitable, and the added sheen of California gloss guarantees repeat plays.

Vu has been a DIY fixture for years on Bandcamp, and as her chops have improved she’s honed her identity as a keen-eyed lyricist and a vocalist capable of bringing singer-songwriter vulnerability to bristling post-punk soundscapes. Vu’s new EP, How Many Times Have You Driven By, just came out, and she’s poised to be an essential voice in this new era of indie rock for years to come. —Grant Rindner

From what I can tell scrolling through the internet, seventeen-year-old Hana Vu has been making scruffy-sounding pop-rock from her bedroom in Los Angeles for a couple years now. In that short time frame, the still-high schooler has managed to score a Willow Smith feature, as well as an opener slot for indie rock band Soccer Mommy in their recent tour. She produces all her own stuff and makes cool covers of some of my favorite songs. Read the full article at The Fader, here.

Anyone who enjoys commuting is a bare-faced liar. It’s long, boring, crowded and bloody expensive. Hana Vu’s pop-gem ‘Crying On The Subway’ is everyone’s realistic anthem, then. But the LA artist isn’t all doom and gloom. Her upcoming EP ‘How Many Times Have You Driven By’ is packed full of astute observations about life, creativity and teaches a little bit of self-love, too (“Don’t tell me that I’m wrong/Cos ain’t nobody right” – ‘Cool’). Read the full article at NME, here.