Songwriter Rue Melo, who is of Uruguayan and French decent, currently resides on the west coast of France and was brought up in a multilingual household, speaking Spanish, French, and English fluently. RUE can currently be heard in the ad campaign for ban.do and her song “Poquito” (co-written with ESCQ) can be found on both the album soundtrack and in the film Overboard, which stars Anna Faris and Eva Longoria in the Latin remake of the 1987 original. 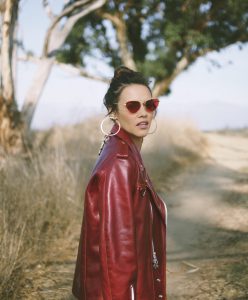