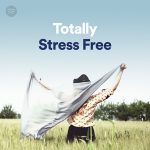 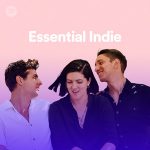 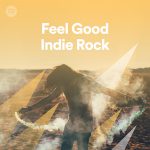 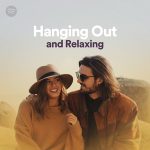 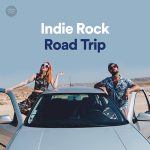 Sometimes a strong start can be a mixed blessing. Set the tone with a bang and the pressure is on to follow up and keep listeners’ ever-diminishing attention. Luckily for Sjowgren, “Seventeen” – their flawless, feel-good debut – was no fluke.

Yes, the still enigmatic Bay Area group took time to hone their sound, but the follow ups have come with both increasing consistency and regularity.

Their latest offering is the third in a sudden, and wholly welcome, string of quick releases, following “Waiting Room” and “High Beam”, which both appeared earlier this month after silence since January.

It feels like they’re properly up and running, and with “Stubborn Forces”, Sjowgren are showcasing their most potent pop work to date. Its pacey, hypnotic, rock ‘n’ roll guitar riff drives the track along, while hand claps and a foot-stomping rhythm lead us to what is quickly becoming their thing; a beautifully elegant-yet-empowering earworm chorus that begs to be returned to.

Perhaps soon we’ll know more about this lot, but for now we’re more than happy to let the music do the talking; stubborn forces of indie pop nature indeed.

I’ve been waiting on new Sjowgren since the Bay Area group dropped the undeniable “seventeen” over a year ago. Honestly, “now & then” started kind of slow for my taste on first listen. There’s nothing super unique about it, and it takes almost a minute before the chorus comes in. But fuck, when that chorus kicks in, it is so satisfying.

It will be interesting to see how sjowgren’s career plays out—most emerging acts have very distinct styles, whether it’s in the production, vocals, or the overall vibe tied to what they’re doing. It’s usually pretty easy to spend a few minutes with an act and get a feel for where they fit. That’s not there with sjowgren. The music is kind of traditional, rock-tinged pop, but what they’re lacking in an easily identifiable “brand,” they’re making up for with absolutely excellent songwriting. In the long run, that’s going to pay off.—Jacob Moore

You have to hear this . . . Sjowgren – Stubborn Forces

Californian trio Sjowgren (“show grin”) debuted with Seventeen, a melodic slice of West Coast indie pop back in 2015. The success of the song encouraged the band members (who prefer to remain anonymous) to quit their day jobs and 2017 has seen them release once-off singles culminating in their best since that debut. Stubborn Forces is a track with a taut guitar riff, pop smarts and punchy vigour.